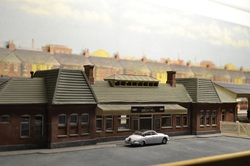 A view of the station approach.
Firstly why Birch Hill?  Solely because it's the name of the hospital where I was born near Rochdale in Lancashire.
Birch Hill started life as a purely British Railways Western Region layout based in the West Country as can be seen by the buildings, but more and more my boyhood days spent by the line side in the North West came to bear.  Subsequently an influx of British Railways Midland Region engines started to appear on the layout, so I have had to move the location to the Chester area where both regions mixed.  Most of the buildings are scratch built apart from the goods provender store which is a Ratio kit, all the track is Peco Streamline, scenery and ballast by Woodland Scenics, with a bit of Heki static grass thrown in.


All photographs by Ted Schofield 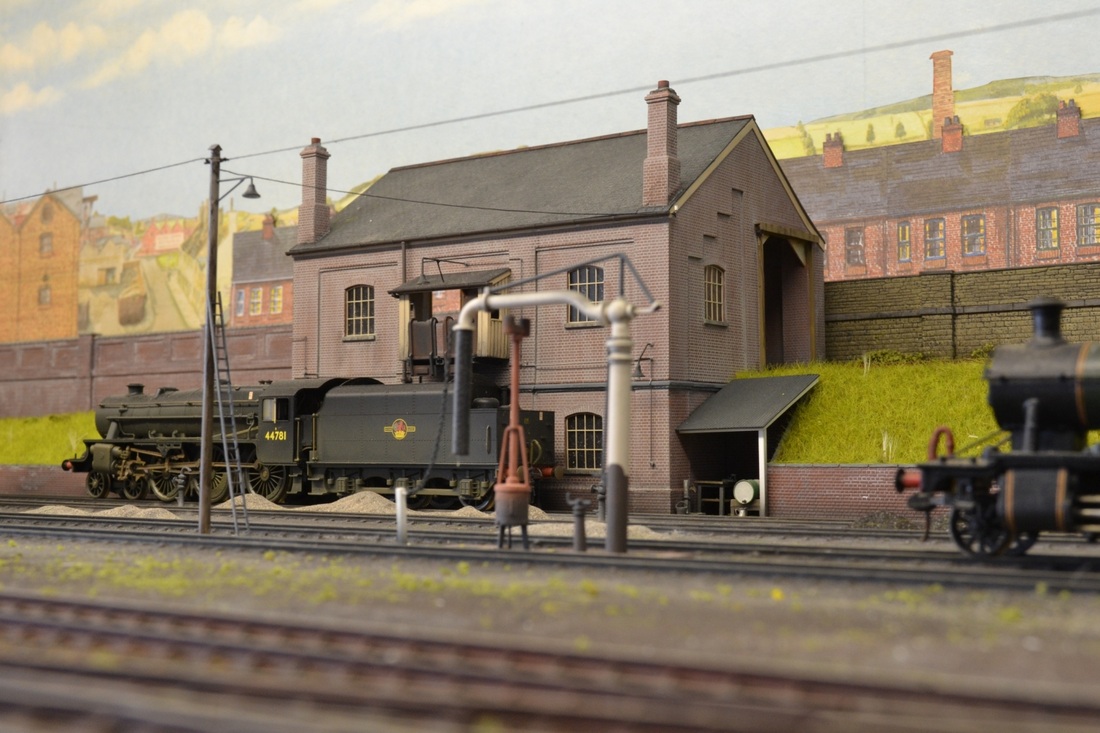 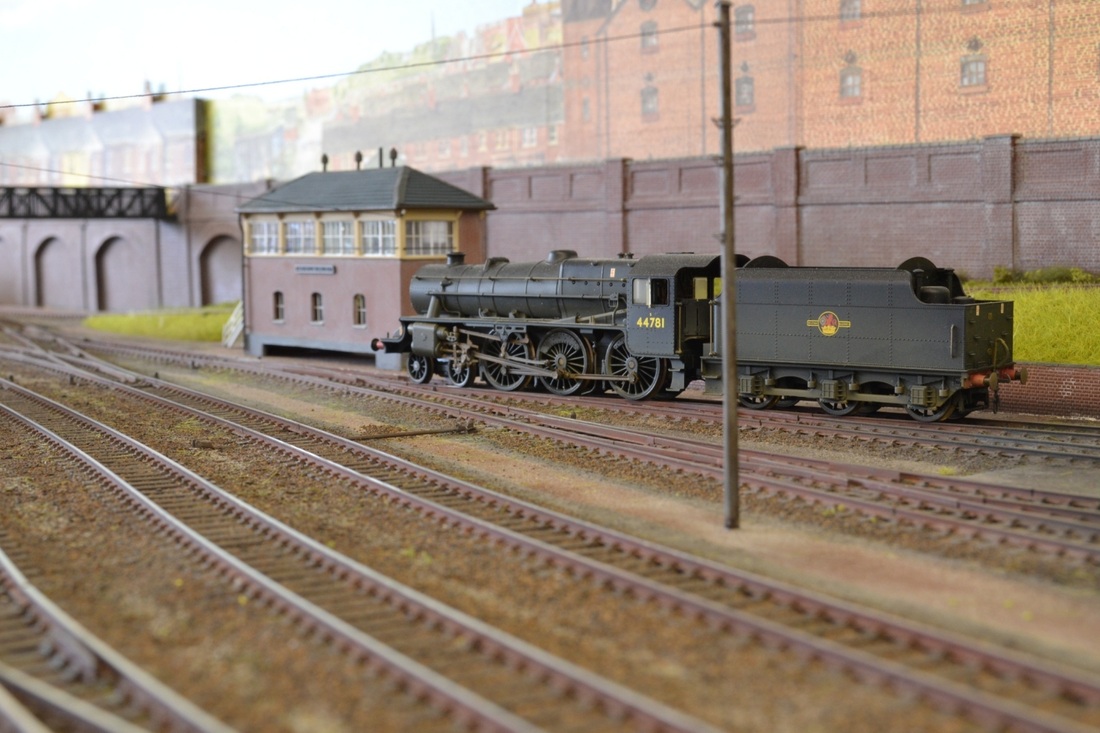 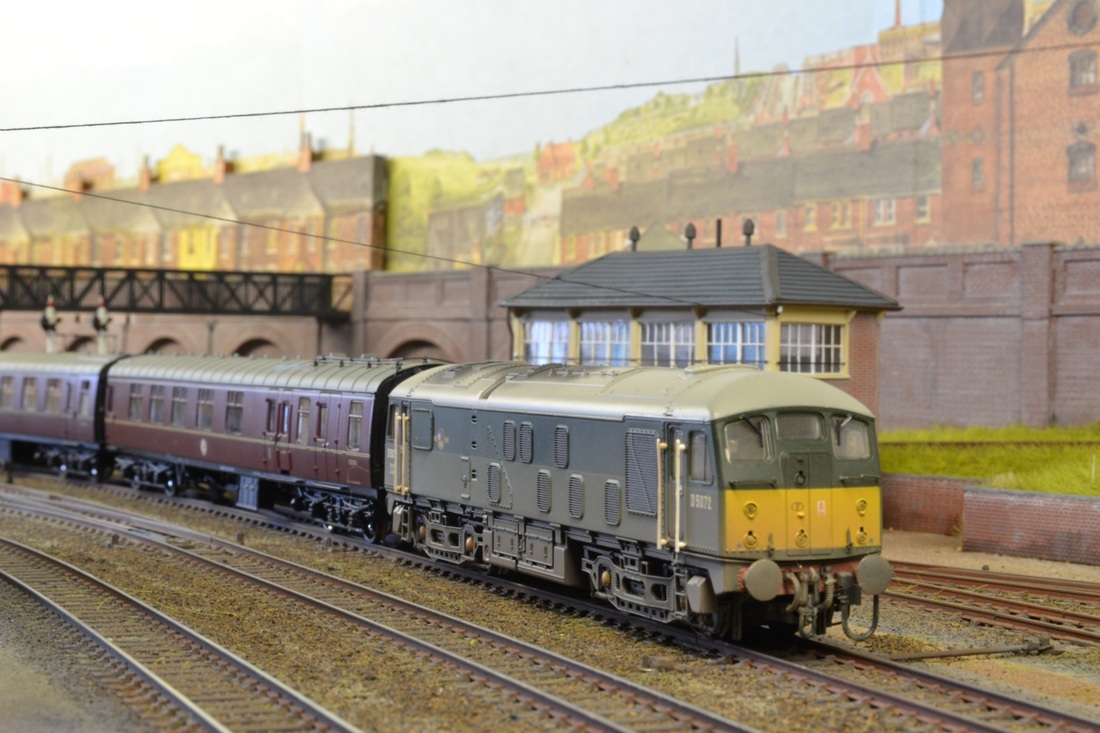 D5072 passing the signal box with a rake of maroon Mk1s, loco courtesy of Glen Fraser. 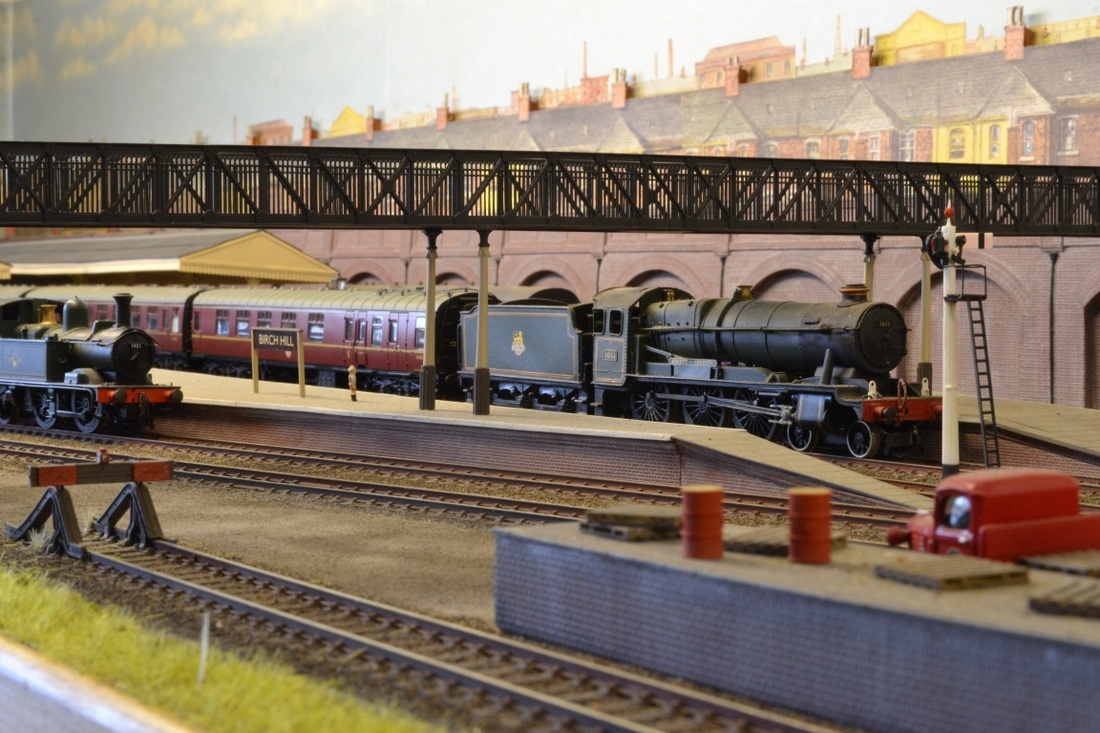 1011 'County of Chester' waits to depart Birch Hill with a through service to Paddington. 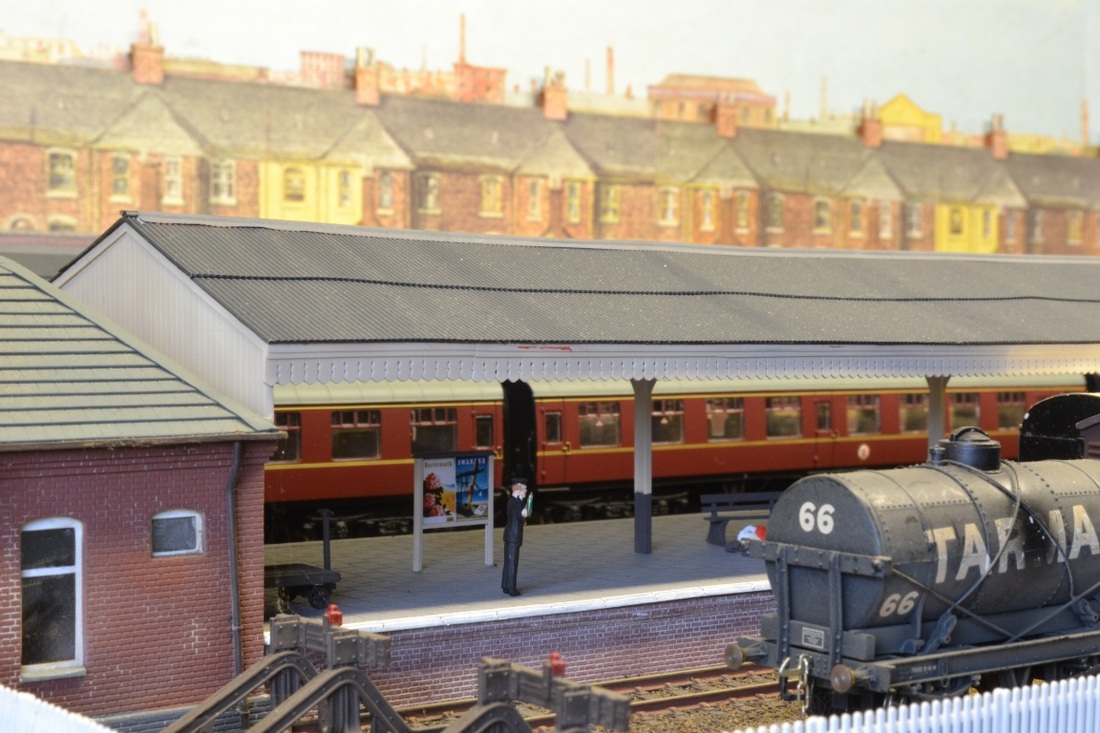 A view of the station canopies and platform details. 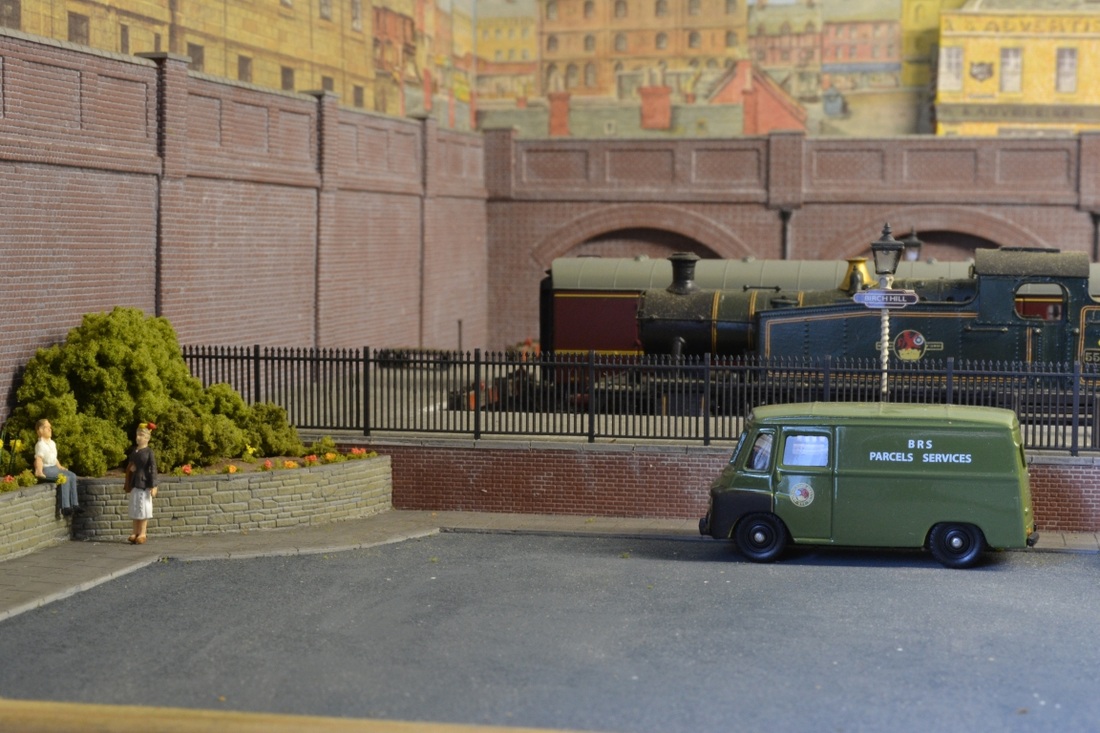 A view of the station approach with a couple chatting and a BRS parcels van. 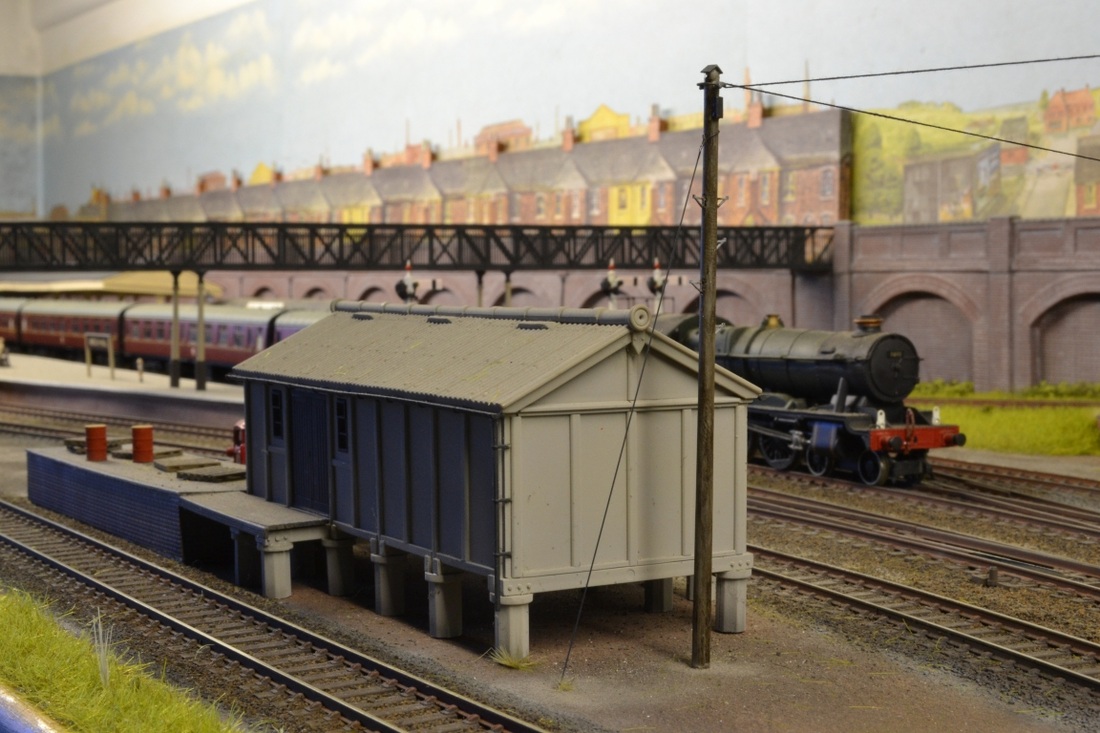 A provender store, once a common sight on the railway. 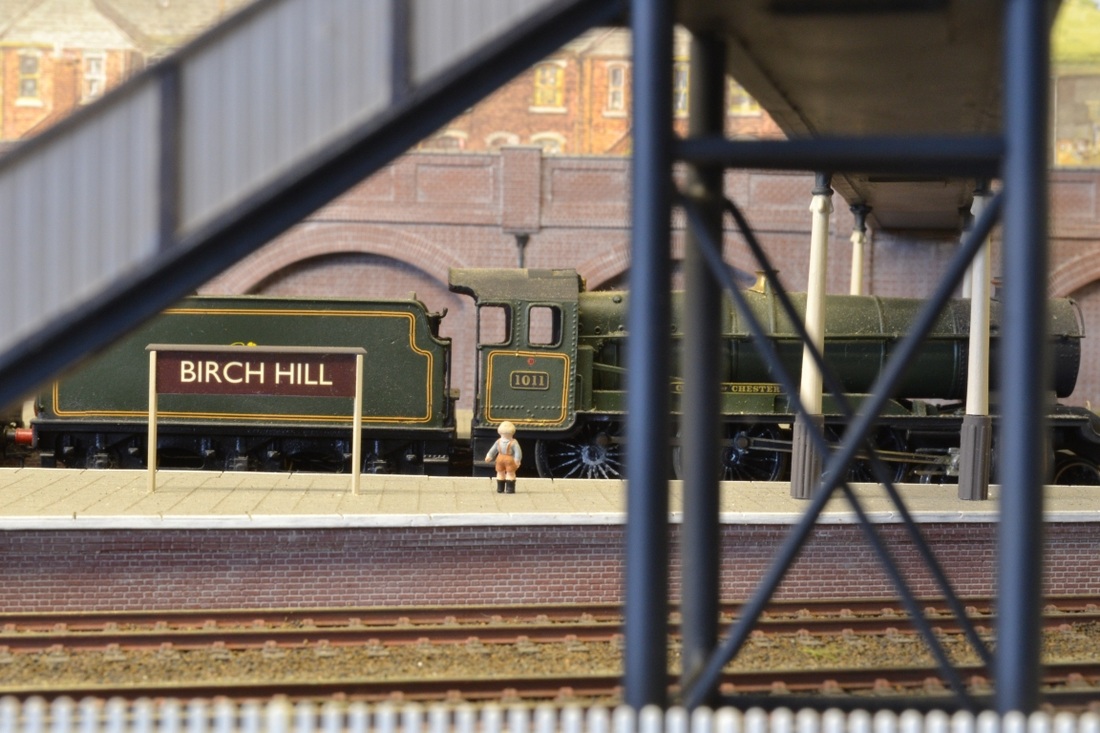 'The train driver of tomorrow', a young lad spots another loco. 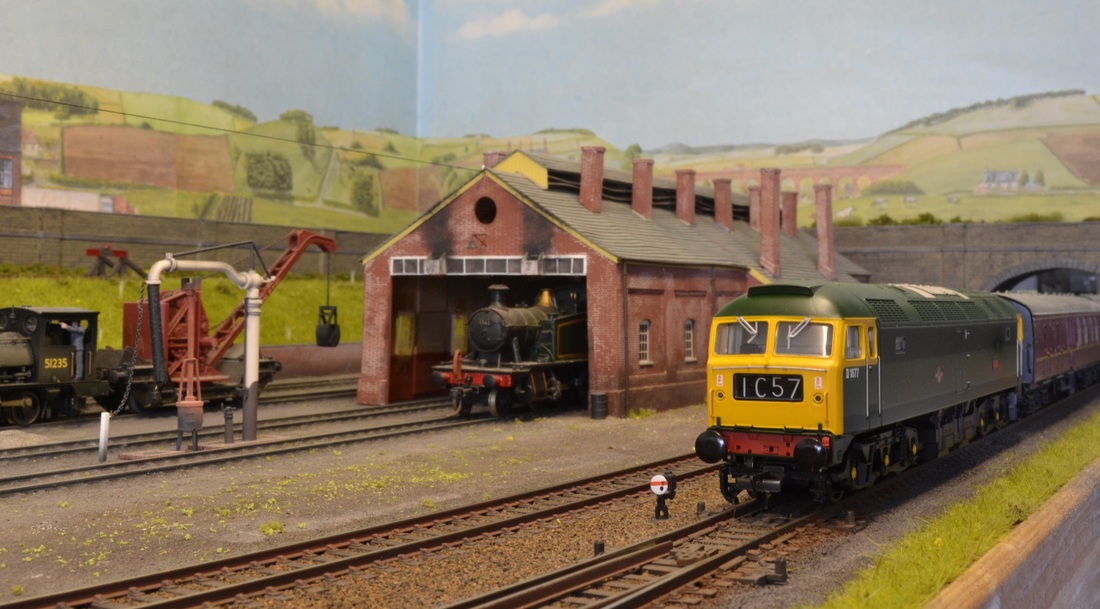 Brush Type 4, D1677 'Thor' passes the engine shed at Birch Hill with a train from London. 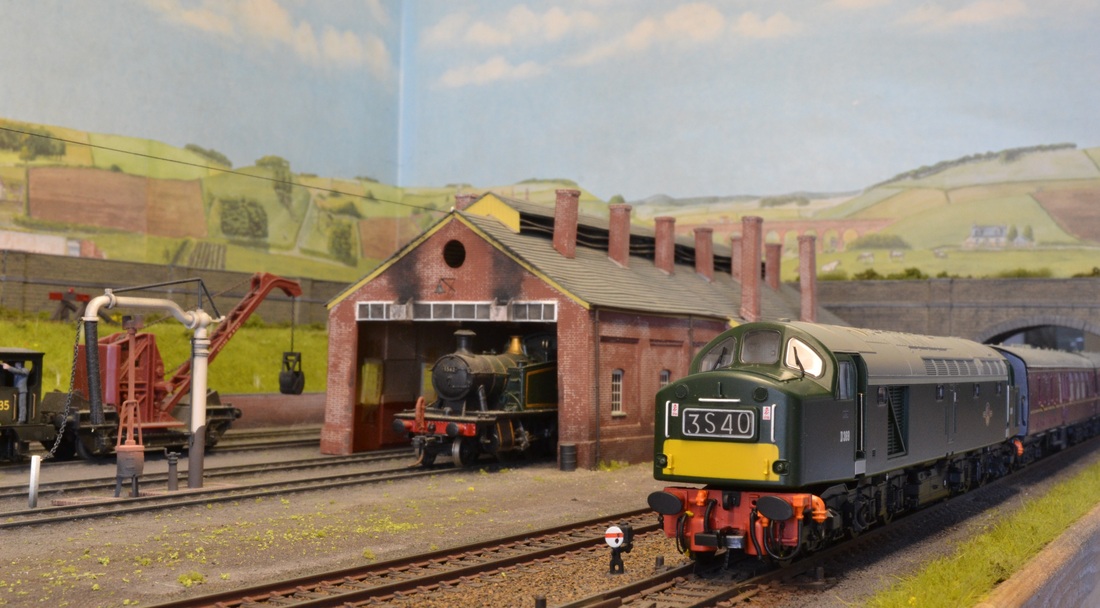 English Electric Type 4, D369 approaching Birch Hill with a through train from Manchester. 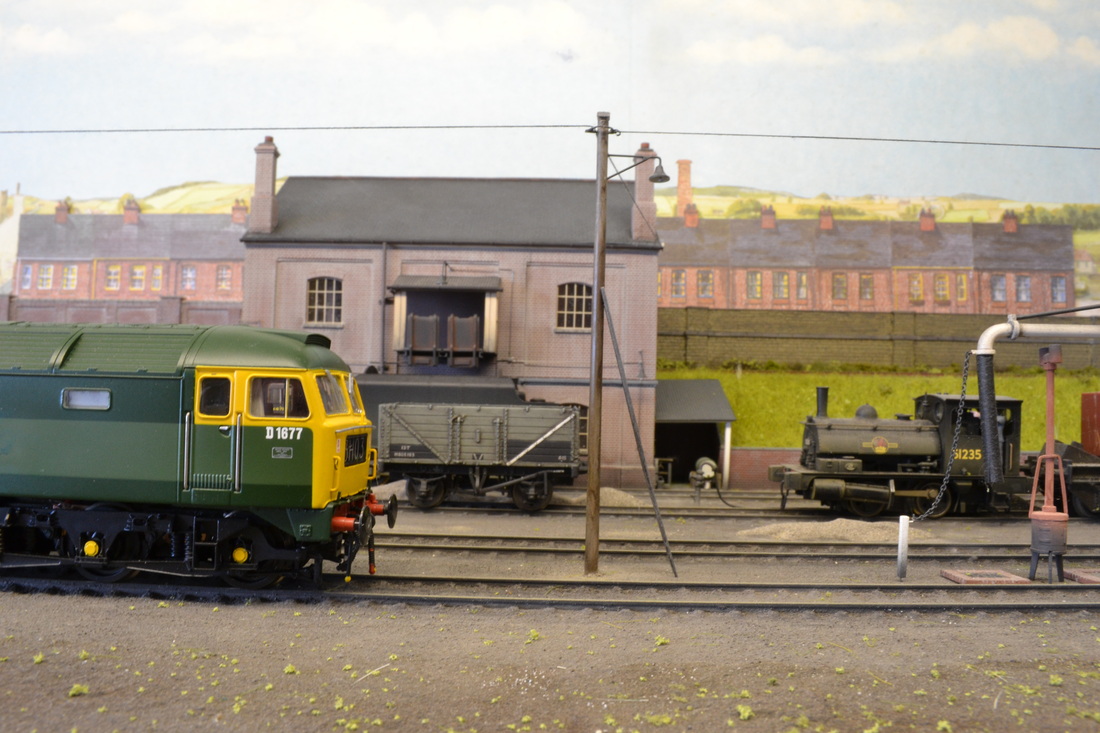