Recently we attended the Bodmin Model Railway Club's annual exhibition with two layouts. They were Dave Curtis' 'Curyford' and Ian Cavill's 'St Michaels'. We had a great weekend and would like to thank Bodmin MRC for their hospitality.

St Michaels which is a OO9 layout (shown left). will feature in the members layouts pages soon, but for now, here are few pictures of the FSRM members' layouts.

Curryford is featured in the members' layouts section, however the Webmaster purchased a new loco and so for a short while the former LSWR layout took on a distinct S&DJR feel. Well, this hobby is all about having fun... 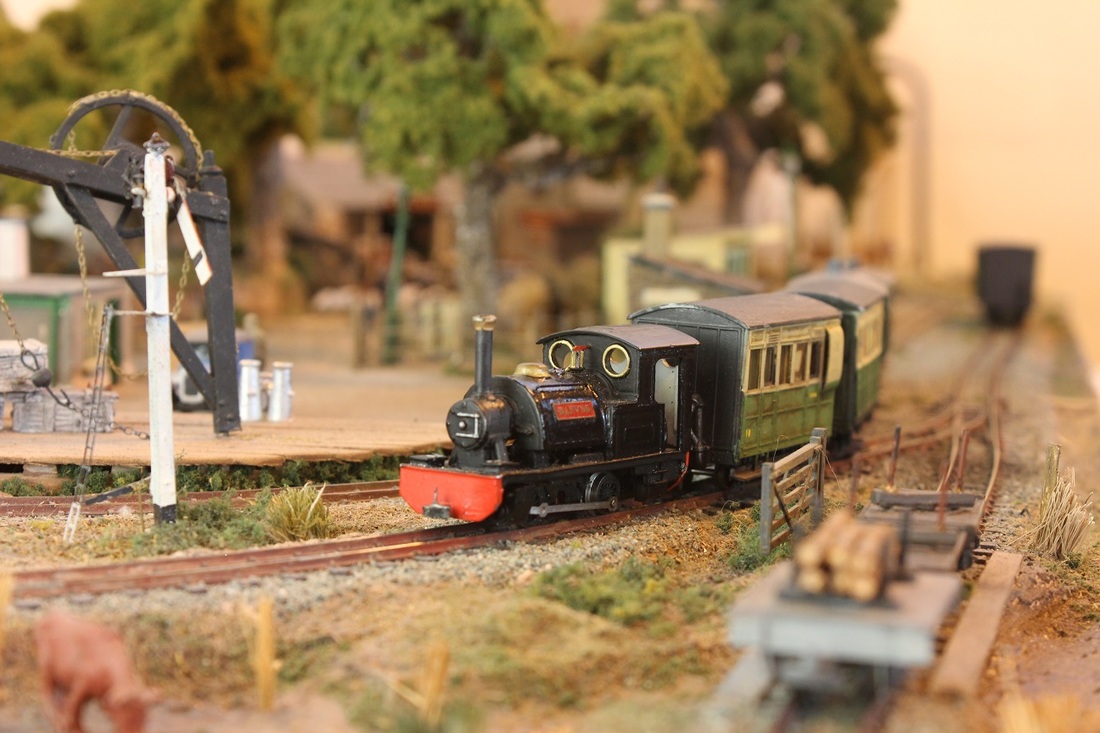 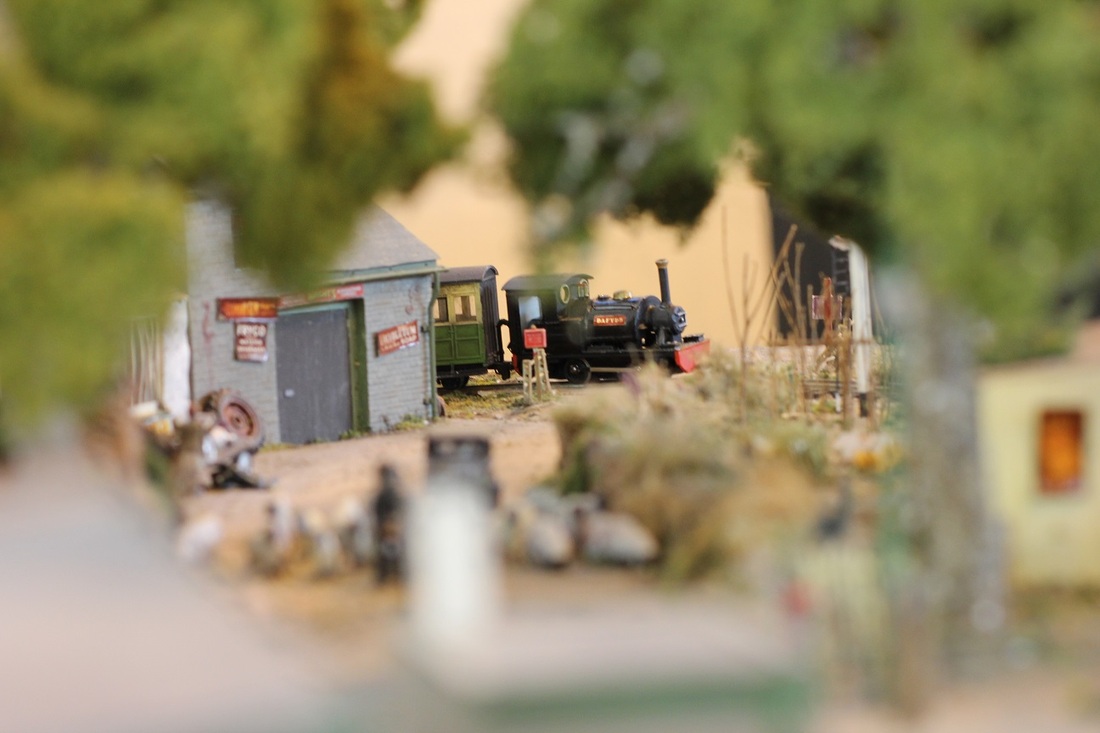 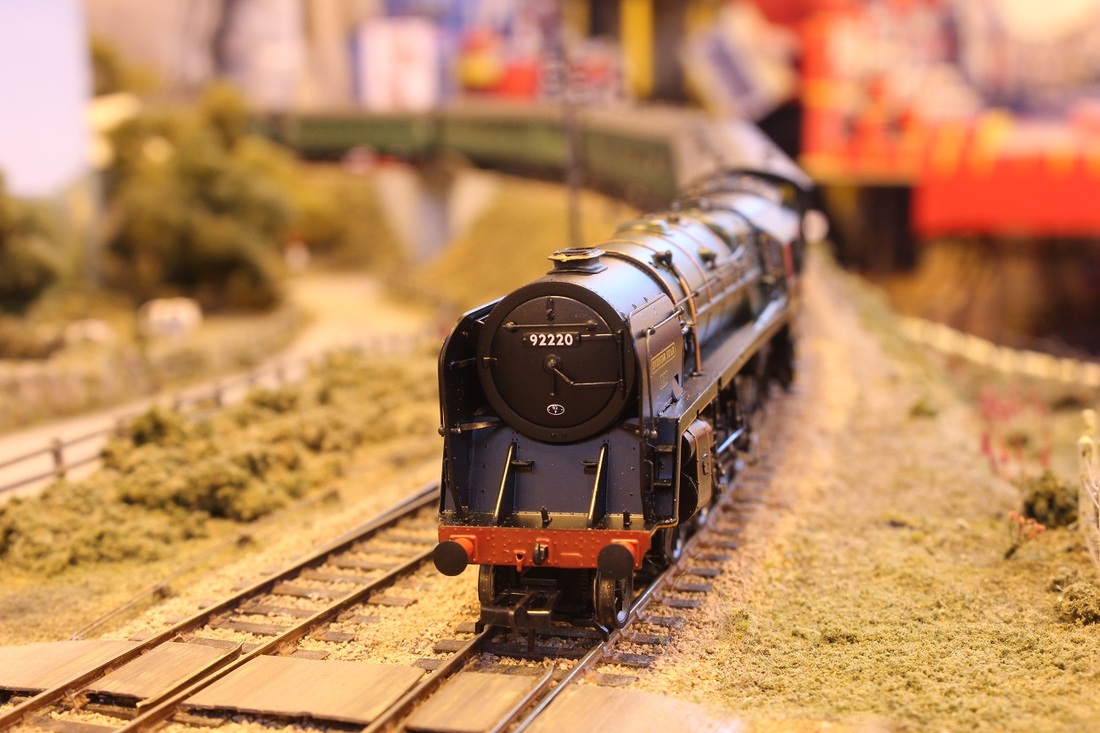 Class 9F, 92220 'Evening Star' arrives at Curyford on a down passenger working. 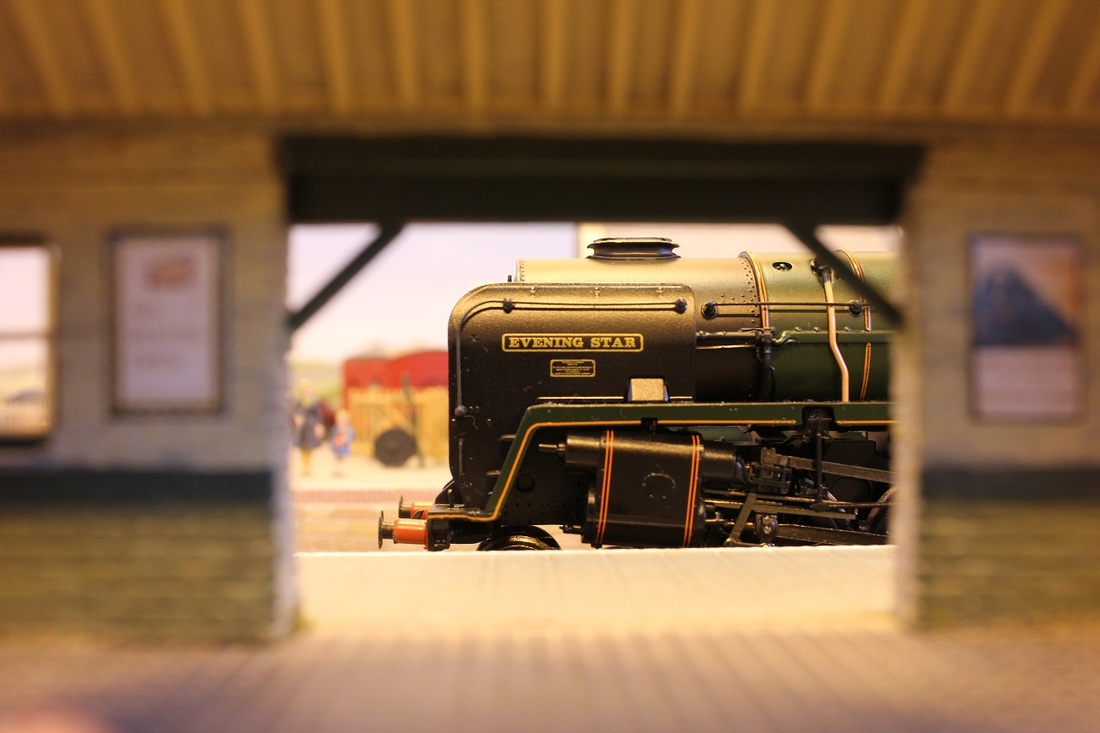 92220 'Evening Star' is seen from the down platform waiting shelter.