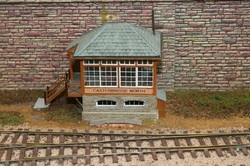 Casterbridge North Signal Box.
Those familiar with Thomas Hardy's novels, 'The Mayor of Casterbridge' often considered to be his greatest work, will no doubt have heard of Casterbridge which was Dorchester in real life.

Casterbridge North is a small station on the route from Casterbridge (on the Waterloo – Budmouth route) to Sherton Abbas. Originally intended as a ‘quickie’ project which would link into my principal layout, but taking rather longer than anticipated, this is an interpretation of the well-known ‘Minories’ design by Cyril Freezer, keeping as closely as possible to the original plan but in EM gauge. An added ‘off stage’ fiddle yard traverser connecting to my favourite space saving arrangement of 'kick back’ sidings behind the backscene. The overall size of the layout is 10ft x 1ft 3ins (3m x 385mm) and folds in three to approximately 3ft 6ins long.

The scheme also continues my long term concept of using LSWR stock from the early 1900s as the ‘Lower & South Western Railway’ as originally published in the ‘Model Railway News’ for October 1957.

All photographs by Nigel Tregoning. 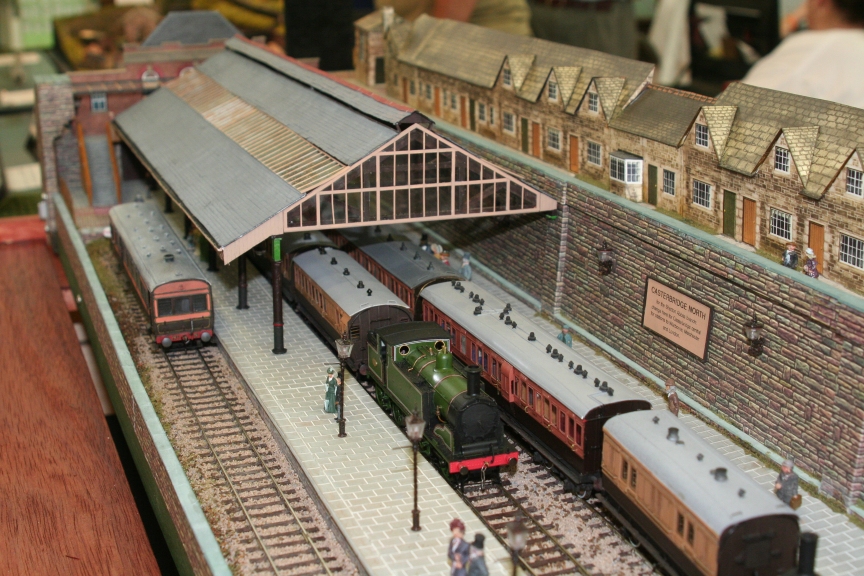 A general view of the station. 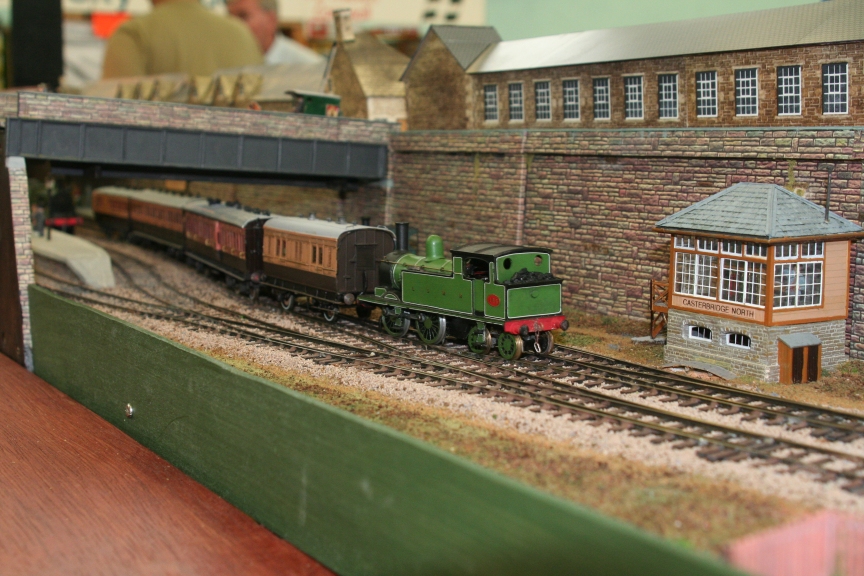