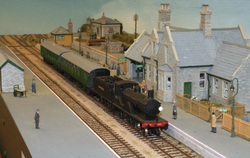 Curyford
Early summer 1946 and a cool breeze blows off the Atlantic, somewhere on the 'Withered Arm', the Southern Railway's lines west of Exeter. We're in North Cornwall, with holiday traffic picking up well in a war weary country, several ex-LSWR engines are pressed into service along with coaching stock of similar parentage, and age! Along side these, we have Bullied's latest 'West Country' locomotives in the SR sunshine livery of malachite green with yellow lining. The station building is modelled on the one at Kings Nympton (formerly South Molton Road) and is built using Plasticard. The other structures are typical of those found across the former LSWR lines in Cornwall and Devon. Track-work is SMP with hand built points, signals are typical SR rail built types. The layout has been to many exhibitions and has appeared in Railway Modeller. 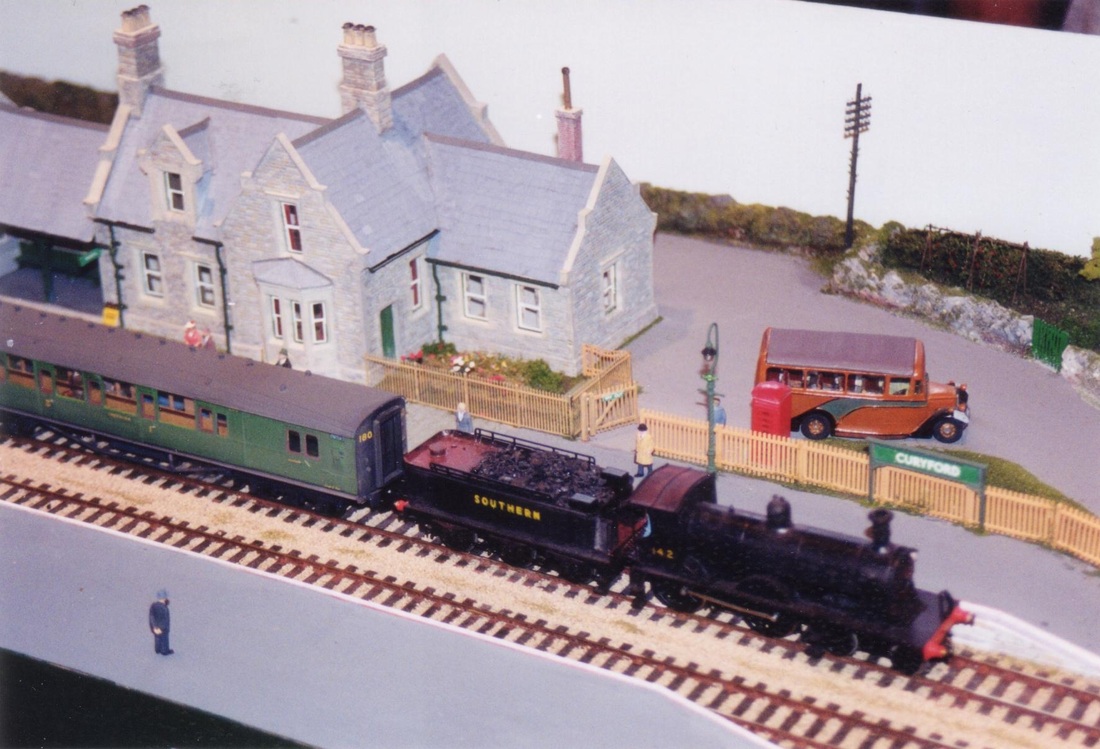 An up passenger waits to depart for Exeter Central 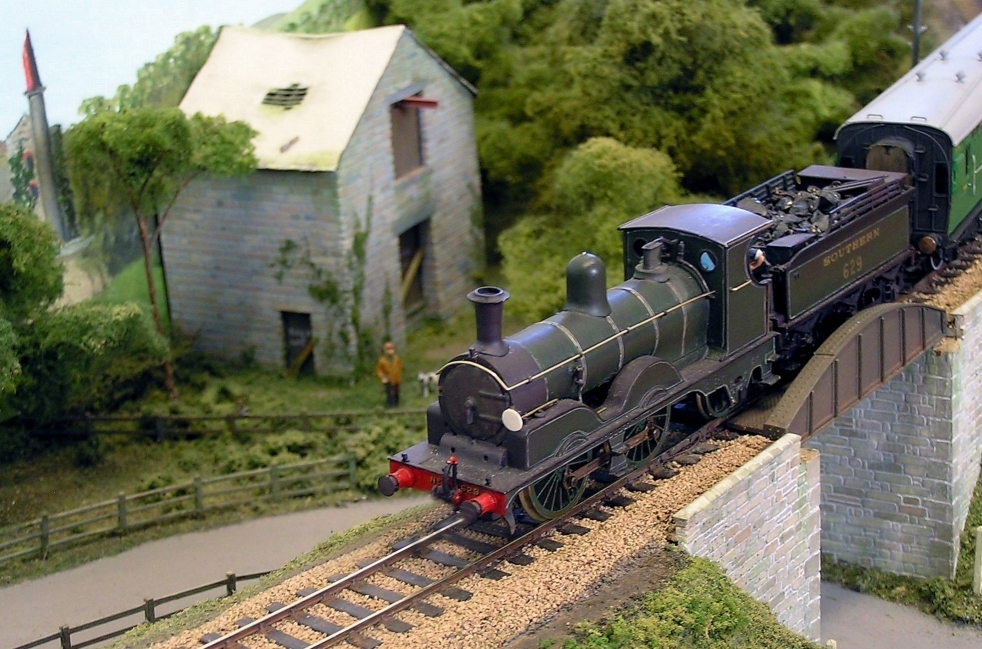 629 coasts into Curyford with a west bound passenger.