This layout has recently been sold and the page will soon be archieved.

The scenery was stripped away, and some track has been replaced because of the failure of some turnouts, however the general layout is to be rebuilt as it was originally built. The wiring is being replaced.

The layout is to represent a fictitious Preserved Railway Centre with the hubbub of activity of a busy ‘open day’, railway enthusiasts, tourists, vintage vehicles, perhaps a band, etc. The main track will represent a simple ‘loop’ through a rural derelict area, with a small viaduct, around a deep valley, and a tunnel through a small hill. It will include a reverse loop which will allow locomotives to be turned, and various trains to be run in succession. The layout is intended to allow any members to display and run a wide variety of ‘N’ Gauge locomotives and stock of any period or region, all in the spirit of a ‘Preserved Heritage Railway’.

This was a small industrial railway near the Atlantic Cornish Coast in the Kimberley Valley. It was a single track circuit serving a number of small tin and other precious metal mines connecting them to the Kimberley Tin Streaming works. This was connected by branch line joining the main Plymouth to Penzance line south of the important mining town of Redruth. It was used for the delivery of coal, explosives and other industrial supplies, mainly from the docks at Hayle with its sea connections, particularly to South Wales, and for the outbound transport of refined metals. There was an unmade up road allowing access for workmen to the Tin Streaming Works. The line was built at the height of the industrial period in the mid 19th Century, but declined in the early 20th Century and was finally closed between the two World Wars of the 20th Century.

Following the great interest in Preserved Railways and Industrial Heritage, the land was aquired by the new 'Falmouth Society of Railway Modellers' following a successful first year. The circuitous track has been re-instated and is currently being used by a variety of privately owned motive power and rolling stock, but is not yet open to the general public. The branch line permanent way to the mainline has also been acquired, and is to being relaid to allow the transport of visitors by both modern railway units, and heritage traffic from the Mining Heritage regions of Redruth and Camborne to the visitor centre yet to be built. It will in the future also permit the visit of larger locomotives from other Heritage Railways to Heritage Centre at Kimberley Halt, locomotives which might otherwise be unable to run on the single track circuit because of weight and curve restrictions. Access by heritage volunteers will continue to be by the unmade up track over the branch line. In due course heavy workshop facilities will be built to allow repair and rebuild of future stock. 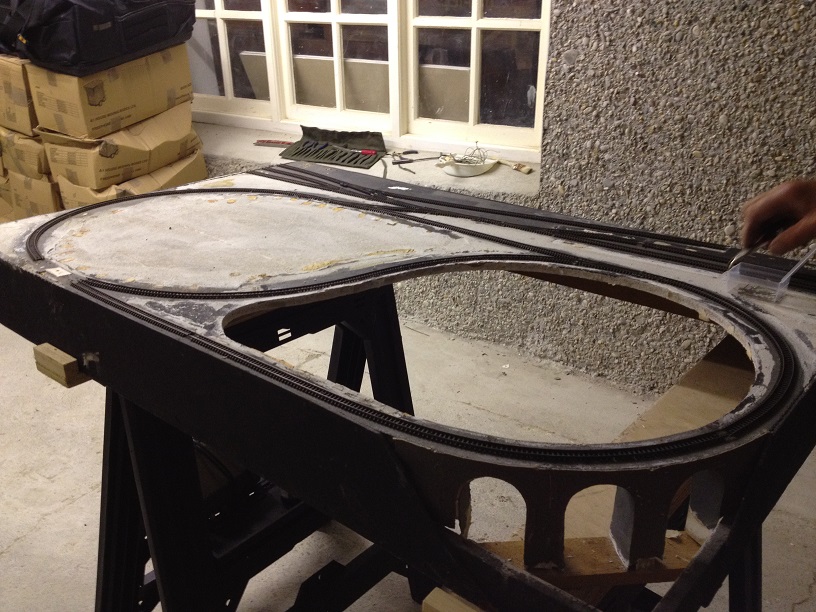 An overall view of the layout after the old scenery had been striped away. 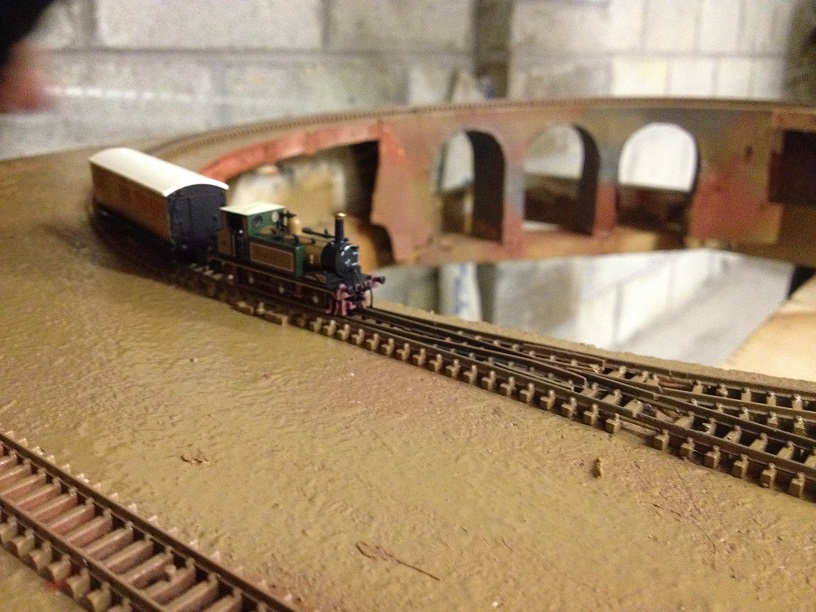 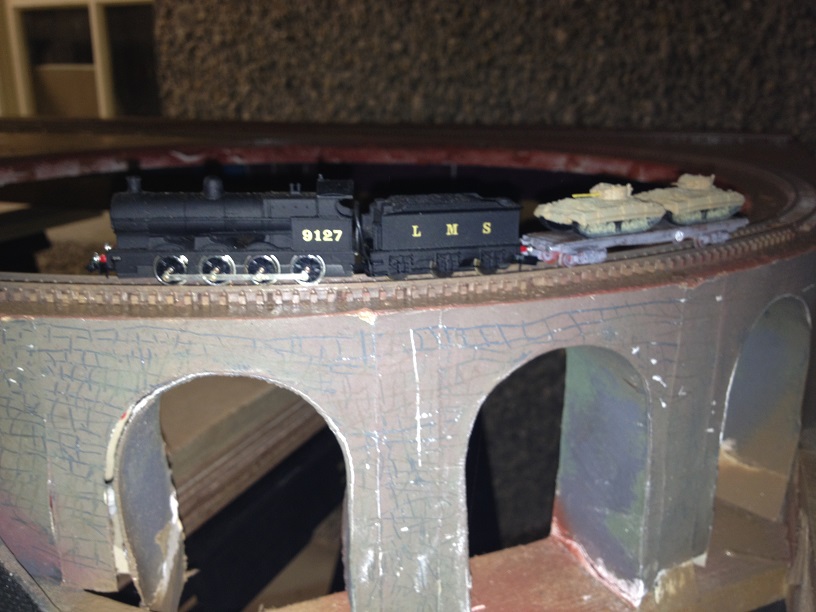 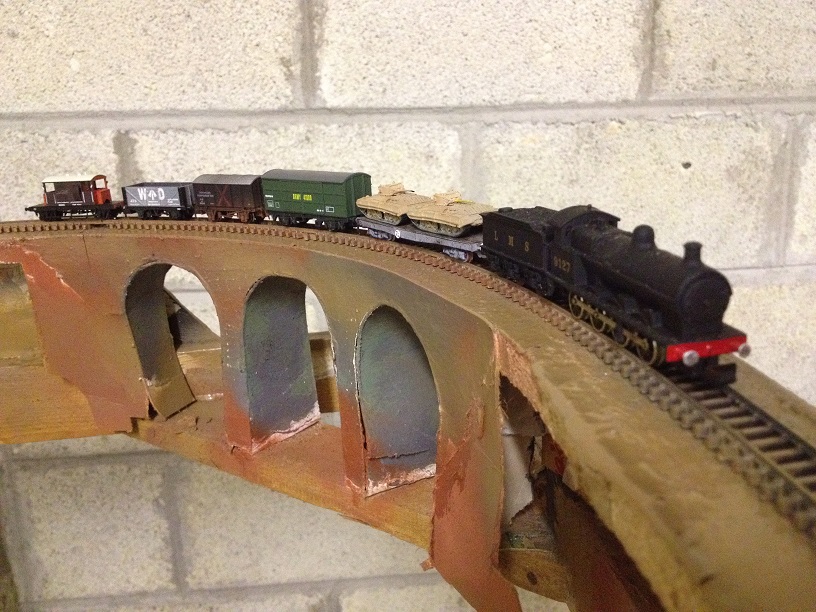 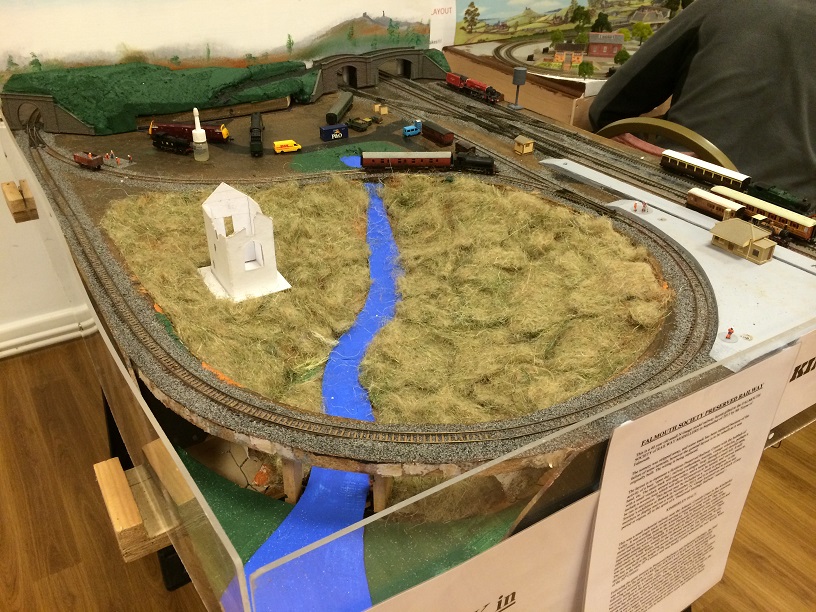 An overall view of the layout with the new scenery. 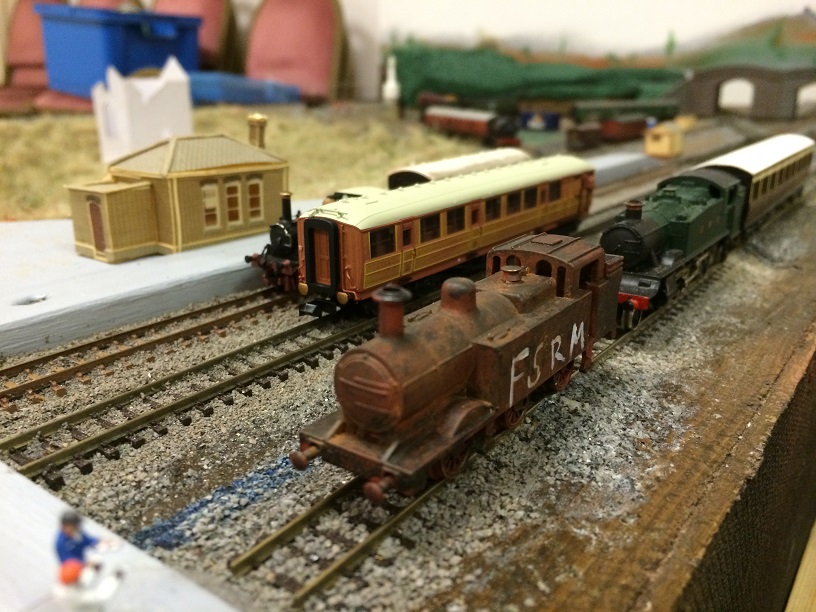